Welcome to the Website of the Diocese of Johannesburg​

This website has been serving us well over the years but the technology, that it is run on is getting very old. We will be moving it to newer technology within the MyChurchIT platform that hosts MyAnglican. This means that, as a Diocese, we are going to rely on MyAnglican to manage more of the contents.

We will be communicating the process in the next few days as we plan to switch over to take place within the next week. All questions and comments regarding the website can be directed to deo@anglicanjoburg.org.za.

Statement by the Anglican Diocese of Johannesburg, on the outcome of the hearing before the Labour Court of South Africa relating to Bishop Bavin School, Johannesburg, 30 June 2020

The Anglican Diocese of Johannesburg welcomes the outcome of the hearing today by the Labour Court relating to the employment of employees of Bishop Bavin School in Bedfordview. The spokesperson for the Diocese, and the board of the school, the Very Revd Xolani Dlwathi (who is also Dean of St Mary’s Cathedral), noted that the Order handed down by Mr Justice J van Niekerk had been agreed to by both parties.

Dean Dlwathi said the school and the church had been encouraged by the spirit of co-operation between the two parties during the hearing.

The closure of the school was announced earlier this month, when it was confirmed that the school was in financial distress, and that its current combined deficit amounted to R31.5-million.

The Dean of St Mary’s Cathedral, the Very Revd Xolani Dlwathi at stevebb@anglicanjoburg.org.za 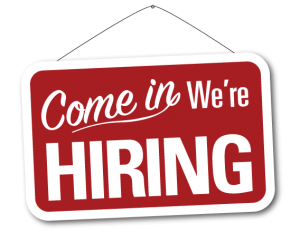 The Diocese of Johannesburg is seeking a new Diocesan Executive Officer (DEO).

TO THE DIOCESAN VISION LOGO SITE

Why was this Logo chosen? An explanation may be found by

Bishop Brian Germond, the members of Chapter and the leaders of the 9 Resource Teams met in January, 2002. A gift from God, our shared Diocesan Vision was captured in writing after 3 days of prayer to discern God’s will; reviewing the previous 6+ years of Indabas, Synod Conferences and Diocesan structures; and the consequent discussion around the way forward for the Diocese of Johannesburg.

The full text of our Diocesan Vision – that inspired the creation of the Logo below – may be found by clicking here. The Vision was unanimously adopted, after being introduced to and debated by delegates and pastoral unit representatives, at the Diocesan Synod Conference in March, 2002.

In the Anglican Church, the Synod is the Public AGM which is held every 3 years.

If you need more clarity around this please do not hesitate to contact Ivy Matthews at ivy.matthews@anglicanjoburg.org.za or at telephone number 011 375 2700.

There are no upcoming events at this time.

Have you visited the new Diocesan Centre?

It has been completely renovated keeping much of the original fabric and it is truly magnificent. Set in tranquil grounds it is an uplifting place to find our Bishop, Diocesan Secretary and all the Diocesan Office staff as well as the Publishing Department.

There numerous meeting rooms available to hold functions that can be booked and there is some office space available to rent on a monthly basis if you are looking for a happy home within the community of the Diocese.

Have you considered St Joseph’s as a venue for one of your Parish activities?

My Anglican is a central database for the Anglican Church. It is designed to hold the records of all church structures, church organisations, clergy and laity. Holding all this data in one centralised secure online database gives us the ability to act as one united church showing the love of Christ.

To register or update your details on My Anglican, please go to www.myanglican.org. Please note that since the update of the site, you will have to re-register. Don’t forget you MUST use the same email address that is used by your church.

Churches that wish to put their parish roll onto My Anglican should complete this spreadsheet and send it to info@mychurchit.org. You will also need to provide details of who will have access to each portal in your church.

To access details of churches or clergy in the Diocese, please enter your query in one of the following search fields.